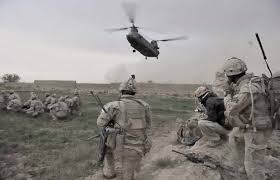 Like many people, I have found the reports of the recent suicides of 4 members of the Canadian Forces to be profoundly upsetting. Each of these men decided to devote themselves to an occupation that requires what they call “absolute liability”. That’s the fancy term for “you could die as part of your job requirement”. They all accepted that as one of the terms but I know they didn’t accept or consent that the death would be at their own hands.

It is easy to blame the soldiers. They weren’t tough enough. They didn’t try hard enough. They didn’t ask for “help”. I don’t know what the truth was for any of those men. But I do have a few thoughts I want to put down about trauma and soldiering and recovery. I base these observations on my experience and close relationship with more than a few CF members. I’m putting this out here on this blog in the vague hope that someone will read it and impact their own life or a loved one’s life in a positive way.

First of all, war causes trauma. That sounds fairly basic I suppose but somehow, war after war, action after action, mission after mission, our collective consciousness seems surprised that people come back from war “shell-shocked” “traumatized” or with “operational stress injury”. I personally like the term “operational stress injury” best. I like the idea that this is an injury, a reasonably expected consequence of people trying to kill you or you trying to kill people on a regular basis for a number of months or years. I like it a lot better than it being an illness or disease. Soldiers don’t like to say they are sick. Soldiers do expect they could be wounded.

If a soldier took some shrapnel in the arm, they would be treated appropriately and probably would have an expectation that they might return to duty as long as the arm was more or less intact. They would recover, do their physio, get their strength back and go back to their job.

However, what if the only medical attention they were given was some gauze, tape and pain killers? What if no one tried to remove the shrapnel or give them antibiotics? What if that arm was just left to fester as the soldier’s responsibility? That soldier might try to pick out their own shrapnel and sew themselves up with tooth floss. They might try to numb the pain with booze and pain killers but eventually, they would loose the arm or worse. Certainly there would be no return to work in the army.

Sad as I am to say this, most of the help offered to soldiers suffering from operational stress injury amounts to gauze, tape and painkillers. Traumatized people need more than that.

But what? What do they need? Why does it seem like no one knows? Story after story I hear on the radio and read in print about the PTSD diagnosed soldier suffering from nightmares, flashbacks, intense depression, dissociation and all the follow-ons of addiction and isolation. Where are the therapists? Where!? The soldier gets the courage to ask for help. They go through the hell of being assessed and diagnosed and then. . .gauze and pain killers or in this case, anti-anxiety pills, sleeping pills, anti-psychotics and anti-depressants.

This is not a full treatment plan. This does not cure operational stress injury. It may assist. It may manage. But the hole in the heart and soul of the soldier is not being healed and we as a society should be ashamed. We should be ashamed because what is required is careful, competent, therapeutic interventions. They take months and years. They take knowledge and compassion but that help is out there and I don’t hear of it being accessed on a widespread basis. I say again, the interventions take time. They take the one on one attention of a competent psychotherapist. It is more than giving them pills and advising them to eat right and get some exercise and sleep. Those are some of the elements of attaining and maintaining health but healing a soul takes a lot more work than that. It requires descending into the depth of that person’s chaos and despair with them. It requires holding onto hope and reality for their sake. It involves leading them up and out because they decide they want to come back. It takes skill, time and money. The investment of these things buys back a life.

In my practice, I work two ways with severe trauma. Talking and relationship forming sets the stage for safety and sometimes that is enough. EMDR (Eye Movement Desensitization and Reprocessing) is the technique I use to pick out the shrapnel. There are other methods, EFT, DBT, Mindfulness etc. But let me be clear, no one. . .no one. . .should be expected to make a full recovery from war induced trauma in 3-6 sessions of supportive problem solving counselling. No one should expect that medication alone will put a shattered mind back together.

And finally (you will perhaps forgive this unforgivably political statement). . .please do not release the Member from service due to lack of operational readiness when you haven’t given them the fullest opportunity to be ready and PLEASE don’t think handing them a lump sum in lieu of a pension is anywhere near a good idea. 10K, 25K or even 40k buys a lot of gauze and painkillers but it’s not enough to heal a soul.